Schluter filed a lawsuit against Noble claiming our orange ValueSeal membrane violated Schluter's common law trademark rights to the color orange used in membrane applications. Schluter's USPTO Registration 4,124,207 for this mark was granted on April 10, 2012. Although Noble has continuously produced orange membranes since 1980 and does not agree the common law trademark rights are valid, we decided that changing the color is a better business decision than engaging in a protracted and costly legal fight. A Stipulation and Order of Dismissal was filed in the Northern US District Court of New York stating that the parties have reached an amicable resolution.

The resolution has no effect on Noble customers who are allowed to sell orange ValueSeal membrane until their stock runs out. In addition, there is no time limit on marketing materials that are already in the marketplace showing the color orange.

We are making a running change in color to a vibrant green. Green ValueSeal still holds the exact same properties, features, and benefits of orange ValueSeal. Dal Seal TS and CIS are unaffected and will remain orange. 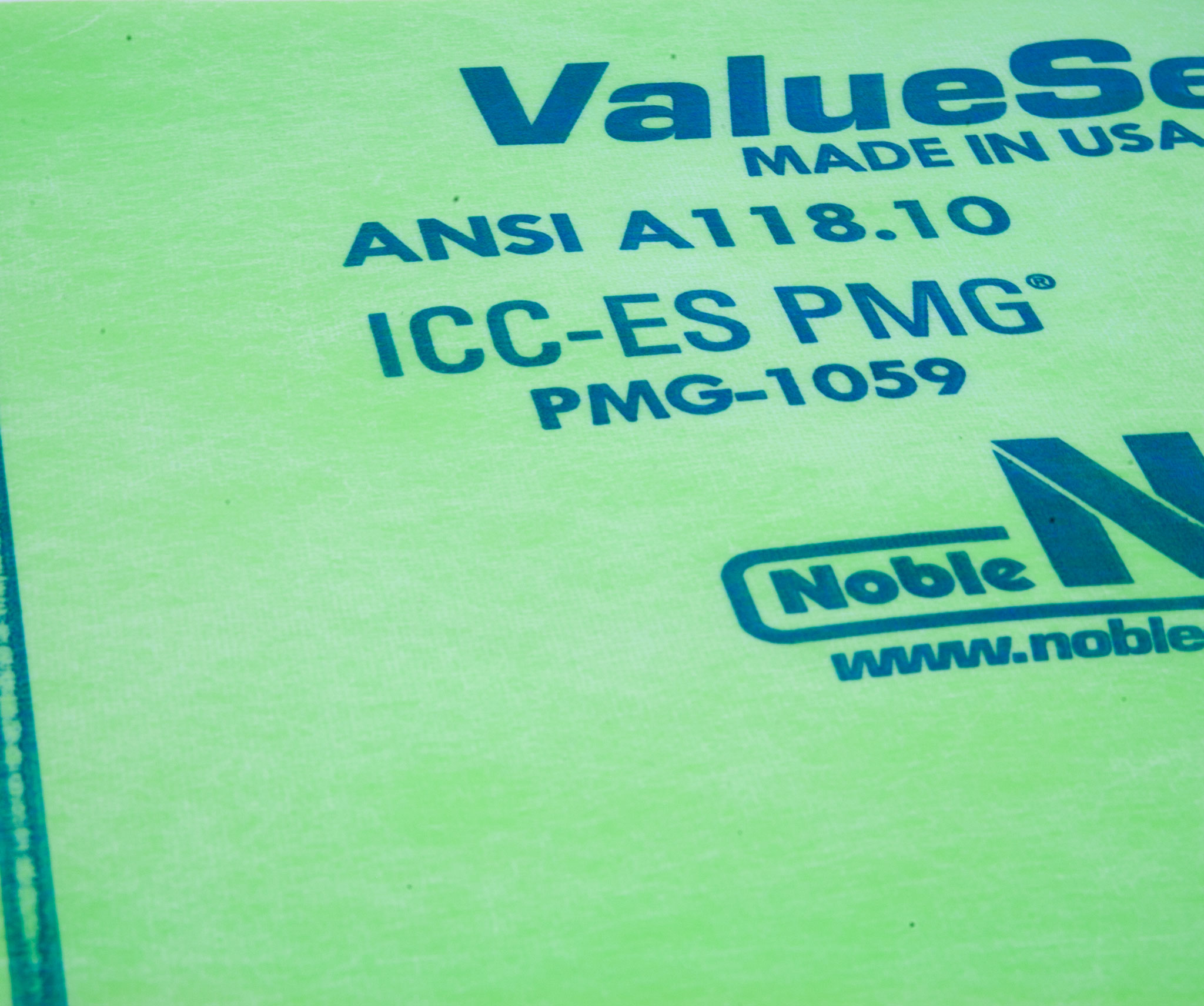